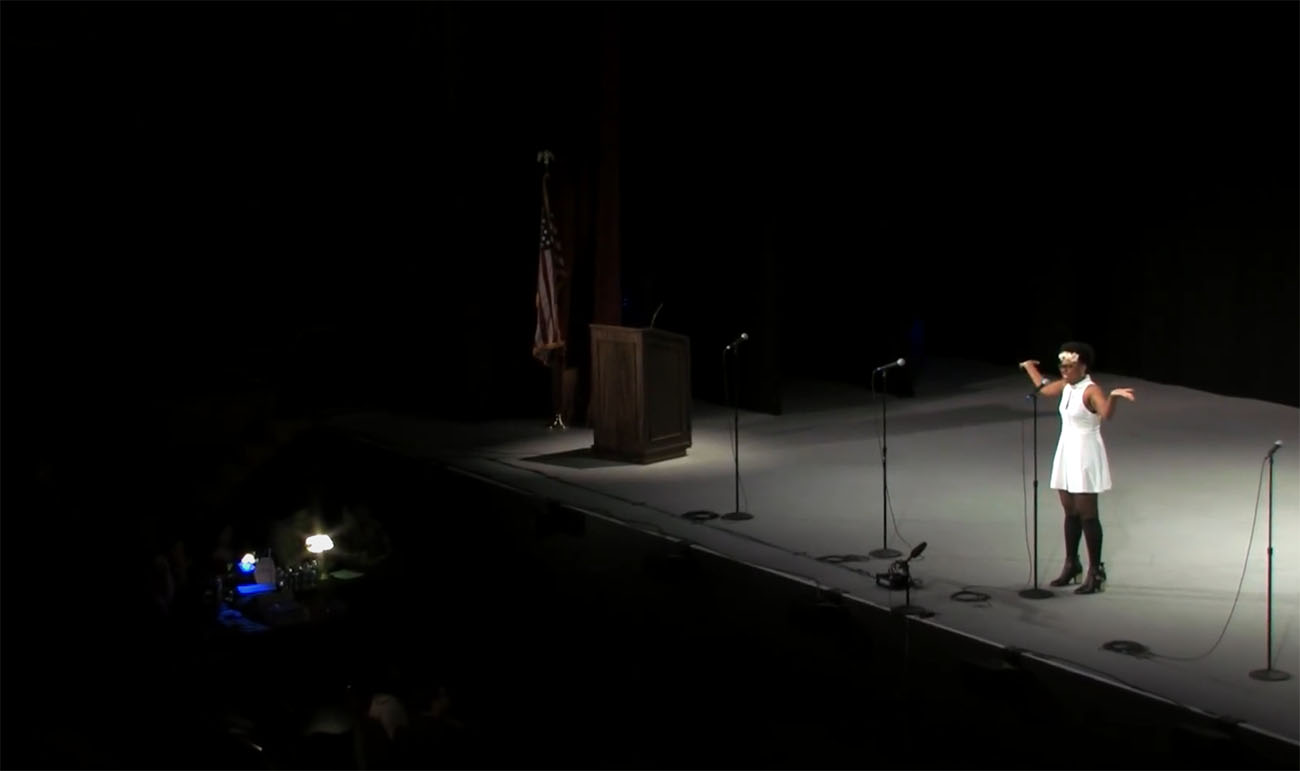 In the two weeks after George Floyd was killed at the hands of the police in Minneapolis, I attended five protests. Prior to this, I had been strictly social distancing with my family; going out only for groceries, walks in semi-isolated places and the like. And then my wife and I watched the video of Floyd getting pinned down to the ground and we both, without even talking about it, knew we had to be among the voices calling for change.

Since that time, I have been reading and learning more about the complexities of racism in America. I’ve learnt about Tulsa, Rosewood and Wilmington. I’ve read more about mass incarceration, redlining and how the funding of schools using property taxes has led to a system where some education districts are permanently under-funded and under-resourced.

And, as is to be expected, I turn to poetry for perspective , for understanding and grounding. These 5 women say all the things that need to be said, ask all the questions that need to be asked and hammer on all the doors that still need to be opened…

“Black privilege is always having to be the strong one, is having a crowbar for a spine… It’s tiring, you know, for everything about my skin to be a metaphor.”

Crystal (she/her) is an internationally renowned poet. She has performed in Paris, Brazil, Botswana, South Africa and elsewhere. A Callaloo Fellow and former New York City Youth Poet Laureate, her work has been featured on programming for MSNBC, Blavity, Button Poetry, BET, CNN, The New York Daily News and more.

“We learnt your French. We learnt your English, your Dutch, your Spanish, your Portuguese. You learnt our nothing. You called us stupid. That’s white privilege.”

Kyla’s (she/her) spoken word has garnered millions of views, and has been showcased on Afropunk, George Takei, Write About Now, All Def Digital, Occupy Democrats, and Golden Mic TV. She has performed spoken word at over 200 colleges in over 40 states in the USA.  Her work has appeared in publications such as the Huffington Post, BET.com, and the Root Magazine and is the author of  Hickory Dickory Dock I Do Not Want Your C*ck: A Book About Patriachy For Manchildren

, a collection of tongue-in-cheek poems, about patriarchy.

“I am black and a woman and I’m not angry at all. Hell, I’m pissed the fuck off. I’m mad as hell…  I’m mad, because above everything, at any given time and in any given space, I, as a black woman, can suffer from racism, sexism, homophobia, classism. I can be raped, beat-beat, burned alive and no one, not a single soul will look up to acknowledge my absence.”

Porsha (she/her) is a writer, performer, educator and curator and is the current poet laureate for the City of Boston. She was named the Individual World Poetry Slam Champion in 2014 and National Poetry Slam champion in 2015. She is the author of i shimmer sometimes, too (Button Poetry)

. Her work examines historical and current issues in the Black, woman and queer diasporas.

Kai Davis
‘Ain’t I a Woman’

Kai Davis (she/her) is a Black Queer writer, performer and teaching artist from Philadelphia. She received her BA in both Africana Studies and English with a concentration in Creative Writing from Temple University. Her work explores Blackness, Queerness, womanhood, and the many ways these identities converge. Kai has performed for TEDX Philly, CNN, BET, PBS, and NPR, among others. She is a two time international grand slam champion, winning Brave New Voices in 2011 and The College Union Poetry Slam Invitational in 2016.

“…so I try and disappear, cause how else are black girls supposed to use their magic?”

Hailing from Texas, where she is well-renowned, Ebony Stewart (she/her) is an international touring poet and performance artist. Her work speaks to the black experience, with emphasis on gender, sexuality, womanhood, and race. She is a coach & mentor, one of the top touring poets in the country, and a Woman of the World Poetry Slam Champion. She is the author of Love Letters to Balled Fists and Home.Girl.Hood. Her work has been featured in For Harriet, AfroPunk, Teen Vogue, and The Texas Observer.

Writer | Journalist | Web Developer
I believe that every serious artist should be able to make a living from their work if they want to and I’m on a mission to find the best tools, ideas, and resources to help artists succeed. I experiment with business models, monetization ideas, and new technology in my own creative process as part of this journey of discovering.