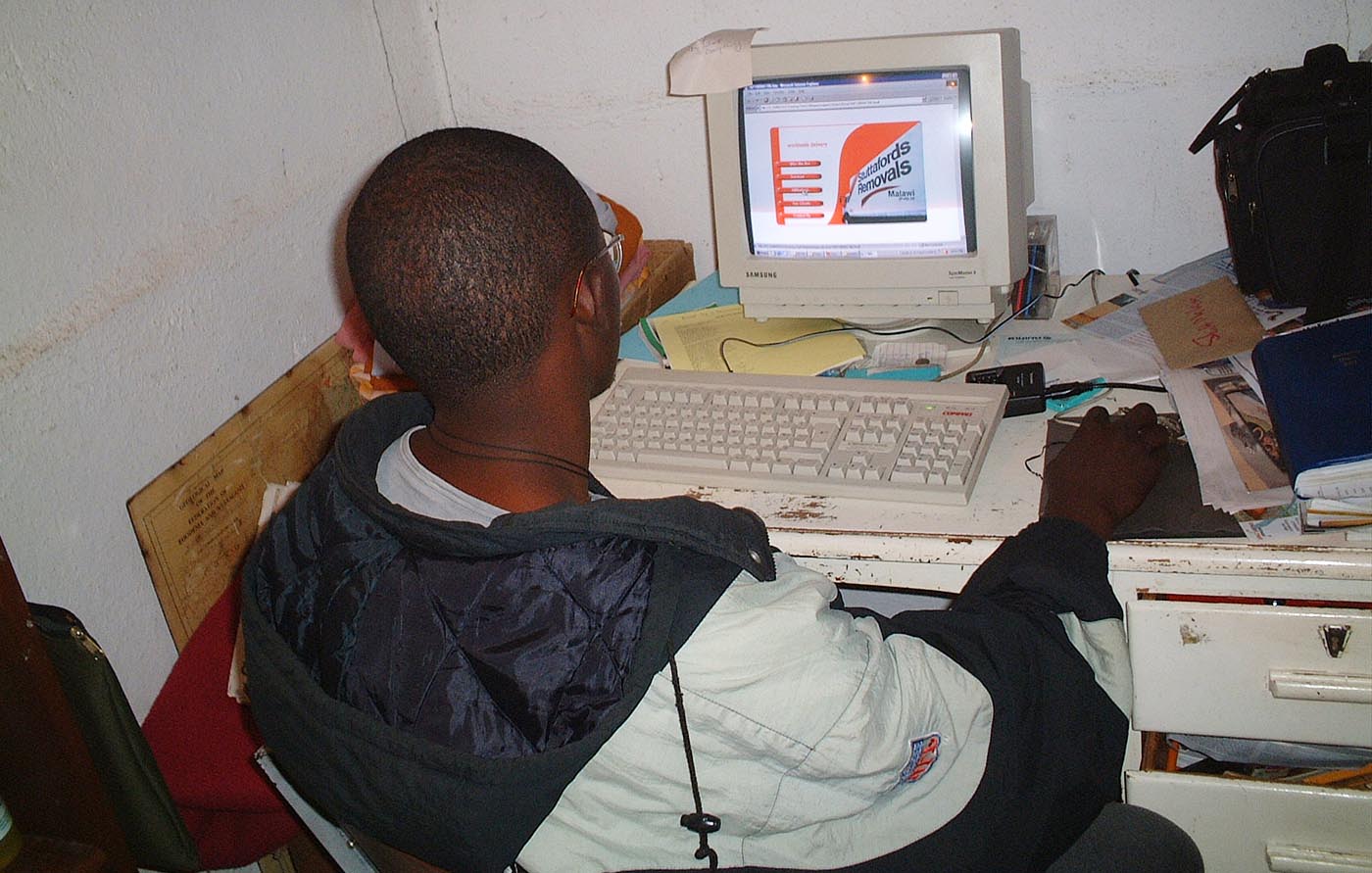 I can still vividly remember the day I got the papers to say that my first ever company, in partnership with two friends, Venekera Works, had been registered. The company would design websites and offer related services. We were thrilled to bits and in our minds saw ourselves building this amazingly successful firm in a few short months. I remember envisioning the business in a nice office building with a number of gleaming new “beamers” parked outside. At the time we were housed in a garage at a student hostel in Mount Pleasant Drive.

My business heroes at that time were Bill Gates, Michael Dell, Larry Ellison and Jerry Yang- all American technology tycoons. Surely we could replicate their feats here in Zimbabwe? – That was in 2001.

Shortly after that the country started falling apart around us. The Zim dollar lost value at an alarming rate. Companies closed. People lost jobs en masse. A huge exodus of Zimbabweans began as people ran away from the economic and political malaise in search of some form of stability and security beyond our boarders.

I worked harder than I had ever done in my life before but things never quite balanced. We got thrown out of our first real office for failure to pay rent. We failed to pay salaries on time, over and over again. My main business partner and I hardly ever got paid either yet we persevered.

We met with some success though along the way and landed some major projects. We build an entertainment portal called itsbho.com which became wildly popular but on the financial side the business was never what we had initially envisaged. We had a high turnover of staff and became a training ground where bigger web development companies looked for staff.

Eventually, during 2006 my business partner moved on to other things. I struggled internally with the thought of closing shop and leaving the country. I was offered an all-expenses paid trip to the UK to go and explore opportunities and to consider studying there but, being the silently stubborn person that I am, refused over and over again. At the same time, a company which I would have died to work for when I was a student offered me a job. I said no.

Later in 2006 we got an astounding offer, a stock-exchange listed business, Celsys Limited, was interested in buying Venekera Works. They said that they loved our work and wanted to give us the resources to grow the business. “We’ll take care of all the admin work so that you can focus on the stuff you love.” I discussed this with the Venekera Works board of directors. We thought no, we would not sell the company.

But at the beginning of 2007 we met again and reconsidered. If we could have that chance to run unbridled in the wind of corporate possibility, what could we build? How big could we make this company if we were not always worrying about making payroll? We decided to take a dive. In April 2007, Celsys bought Venekera Works and we moved to their plush offices at Arundel Office Park.

That was the beginning of the biggest business nightmare of my life!

Our visions were totally different. The expectation gap was so huge it boggled the mind how we had come to an agreement in the first place. In December 2007 I left the country for a month to go to Norway where my wife was studying. When I came back at the beginning of February 2008, I resigned.

It was the most painful thing to let go of a baby I had nurtured for over 7 years, but those 9 months when the vision did not move forward were so painful that, rather let go, and move on, than go round in circles.

Itsbho.com and a number of other portals we had built died under Celsys. These include onebusiness.co.zw and websites.co.zw.

Sometime around June 2008, in my study at home, I started working on a new web portal. The working title was ‘The Zimbabwe Jam’. By September it was ‘The Zimbo Jam’. I registered the domain and intensified work on the project. On November 4, after pulling a few all nighters in the preceding nights, www.zimbojam.com went live.

I left the country for three months in 2009 to be with my wife again and while there, took advantage of the bandwidth to upload new large sections of the site. When I came back in August 2009 I started building the content on the portal.

I covered as many events as I could, often photographing events up to late at night and then rushing home, which was also the office, to write the articles and then upload them along with the pictures. Because of the immediacy of the stories, use of social media and mailing lists the readership of the site grew really fast. But that is all the subject of another article.

Today the site hits 3 million page views on many months, has over 5 500 fans on Facebook and over 100 000 unique visitors. It’s now eleven years since I began this journey and still the things I expected to happen in 11 months have not yet happened – but they will.

The team of young enthusiastic people who I work with amaze me with their commitment and drive to make this project work. I am constantly inspired by them to push harder and further.

When I am out there taking photos at an event, there is a tingling in my blood that says you were born to do this, to capture the life around you, to document the days of your time here on earth, to tell the story of your people to as many people as possible including those who will come after you.

When I am playing around with images and text and html and the various software that makes it possible to do the work I do, I feel a sense of gratification that compels me time after time to leap into the days and attack them head on.

In March this year my new business partner, best friend of ten years and wife of three, Shingie, passed away. For months after that I walked around in an abyss of grief where nothing mattered, and I wanted to pack everything up and go away. I would sit at my desk staring blankly at the screen for hours on end, totally unmotivated. I would go off on long walks just to be away from people and things. I was convinced I needed to shut everything down and walk away…

But one morning I came into the office and the team was busy getting on with things, doing their best to keep the ship afloat in my absence and I thought, “Gees, I can’t close shop, it would be so unfair on these guys and on the support that Shingie gave to this project if I walk away now…”

And so Aripano Infinity and its flagship project, Zimbo Jam, went on.

I decided to make sure that the things I had promised Shingie would come true, that the list of things-to-do we had written down would be completed and tried to throw myself into work again, without much luck…Until July 11, 2011 NoViolet Bulawayo won the Caine Prize. That’s what did it! For the first time in months I was really excited about something. For the first time in months I wrote an article from scratch and then shared it on the Zimbo Jam Facebook page once, twice then a third time.

That one event reminded me why we must make Zimbo Jam and its related projects work. When one Zimbabwean is involved in a successful endeavour, it sparks a chain reaction of so many other things that we cannot even begin to count or understand. If we do our job of sharing those stories well, we will hopefully inspire other Zimbabweans around the world to rise up and continue to believe that they can do it too… That they are talented and that their talent has a purpose and they can make something meaningful out of their lives that could even outlive them.

I believed, as a kid that I would do something awesome with my life. I’m not a kid anymore, on the outside. I should be bitter that I have not achieved all those things I wanted to, but I am not even close to that. I am thankful that I have been given the opportunity to do what I do and more importantly what I love to do. I still believe with every ounce of me that I will do something absolutely awesome with my life.

And eleven years later, one step at a time, the journey goes on…I remain optimistic and full of ideas… my focus forever trained on the vision…

PHOTO: That’s me working on a website for the first ever Venekera Works client, circa September 2000. Courtesy FungaiFoto Archives.
This blog post originally appeared on The Stimulus Network Blog.