After 30 years, I finally finished a novel and this is how I did it 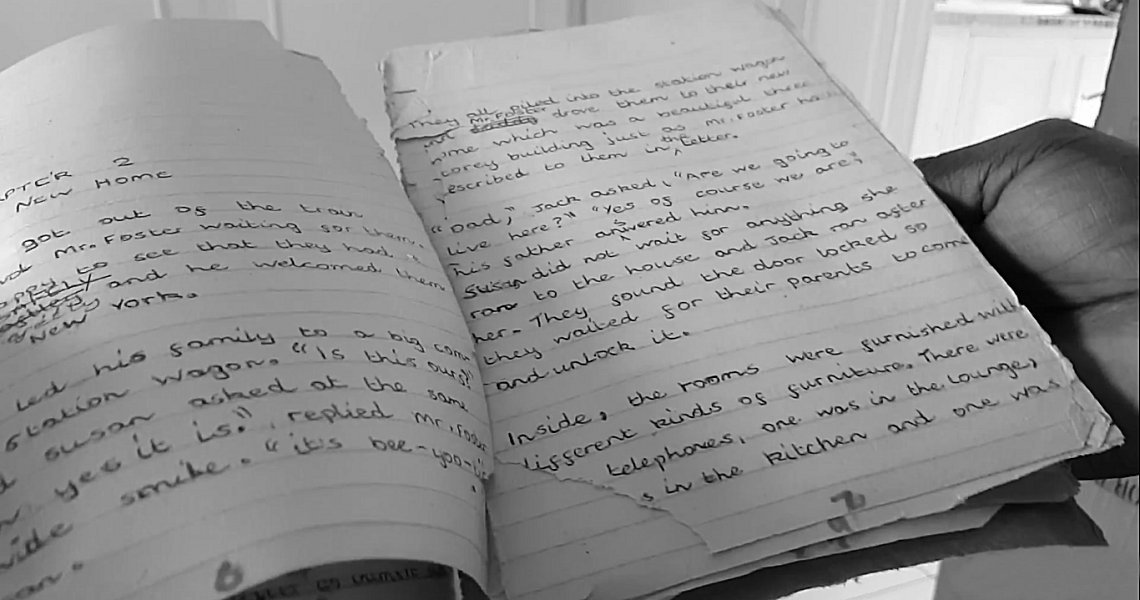 I wrote my first complete manuscript when I was 12 years old. It was a mystery story, inspired by reading too much Hardy Boys, Nancy Drew and The Three Investigators. The protagonist was a teenage boy called Jack Foster, who solved mysteries 😀 (It wasn’t until I was 14 that I read any African writers so my characters were all from foreign lands). My dad was so impressed that he had it typed out for me and bound into a little A5 size package. I was ecstatic. You would think with a beginning like that I would have published a tonne of books in the time between then and now, over 30 years since that day.

Nope. I have published no books. Doughnut hole. Chicken egg. Zero. Yes, I have worked as a journalist and written a tonne of articles, yes, I have done other stuff with my life, but the thing that I dreamed about, wide-eyed, when my dad brought that little bound up manuscript home was that people would one day read my book. I would publish a book. And then another. And then another. That dream has not become a reality.

I have written a number of manuscripts, but never quite finished them. I even wrote a collection of short stories that I sent to a publishing house in Zimbabwe. They recommended a number of changes and I put it aside. It’s still there, aside, to this day.

I have written a tonne of poems that I never share with anyone. I don’t know why. Maybe I’ve been afraid that it would be such bad poetry or that it would not compare well with other poets. Maybe I was afraid that people would say, “You’re a journalist, you write about the arts and artists, now you think that you’re one of them.”

Whatever the reason, it hasn’t happened.

In 2016, in the middle of writing a novel that I had been working on for about four years, I did it again. I stopped and started another one. It was a story that I felt was more urgent than the one I had been writing. I started with such zest, as I had so many times with so many projects.

And then, as usual, life got in the way. You get busy, right? There are just too many things to fit in to the 24 hours that make up a day and so you let go of the things you love to do so that you can focus on the things that you need to do; make money so you can eat, take care of family, run errands, spend time with friends and family, etc.

One day, I was sitting in Machakos, a small town in Kenya where my family and I have lived now for about two years, and it suddenly hit me that I was lying to myself. My schedule had changed drastically when we moved to Machakos. It was nowhere near as intense as it had been when I worked in Zimbabwe.

I was doing a bit of consulting work outside Kenya and still helping out with Zimbo Jam, a society, arts and culture website I started in 2008. But I no longer had a hectic line-up of meetings and deadlines. I no longer had events to cover and interviews to do. I was so much less busy and yet I still hadn’t made progress with my book. I still didn’t have time to write. I wasn’t even reading more than before.

So it wasn’t about my schedule. It was about me. I was avoiding working on the book. It was then that I realised what my real fear was. I was afraid that if I actually finished something and put it out there it would suck and I would be totally embarrassed. That was my real fear. I also realised that after a really traumatic event in my life in 2011, I hadn’t really pushed my creative boundaries. I had been running on the momentum built up over years of pushing. But that is a story for another day.

At about the same time I read an article by James Clear about how motivation and goals and things like that were not that effective at achieving one’s desires in life. Now, up until that time I lived for motivation and goals. I have read Tony Robbins, Milton Kamwendo, Jonah Mungoshi, Zig Ziglar, Brian Tracy, John Maxwell, etc. To hear that there was a key ingredient missing in my approach to success after all these years of pumping myself up was a real blow.

James Clear spoke about habits. He said the surest way to succeed was to change your habits. Even if you have no goals, if you change your habits your life will change. The converse is not true. You can have the loftiest goals in the world, but if your actions are not in line with achieving those goals, nothing will come of it. And that is what I had been doing, writing up goals every year and not really pushing myself to achieve them.

Even in the business I ran, I saw the gaps. I was motivated, passionate, but so far off from hitting the lofty goals I had set for myself.

So I changed my habits.

I started off with my morning routine. Previously, I would jump out of bed and leap straight into the day; emails, checking the various Facebook pages I help administer, editing articles, etc.

My new routine was; wake up, drink a glass of warm water, meditate for at least 10 minutes, write at least 500 words of anything (sometimes it makes sense, sometimes its just gibberish. The important thing is to write. See Julia Cameron’s The Morning Pages, something I first found out about in 1998 in Cameron’s amazing book, The Artist’s Way) and then start my tasks for the morning, before having breakfast. I am still tweaking the routine and trying different things, but it has made a world of a difference.

At some point last year, those 500 words of my morning pages took me back to the novel I was trying to write. Some mornings I would write barely 500 words, other mornings 2,000 words or even more. The book came together and the writing seemed to go on and on forever. But I stuck with it and made even more time for writing and research during the day. Just two weeks ago, thirty years after Jack Foster, I finally finished a full-length manuscript. Yay!

The book is not published yet, there is a lot of work to do still, but that hurdle that has tripped me up for 30 years is lying smashed to bits somewhere in my rearview mirror now.

PHOTO: Pages from the first little manuscript I ever wrote.
I finished it in 1989 and my dad got it typed out for me.
Copyright © FungaiFoto