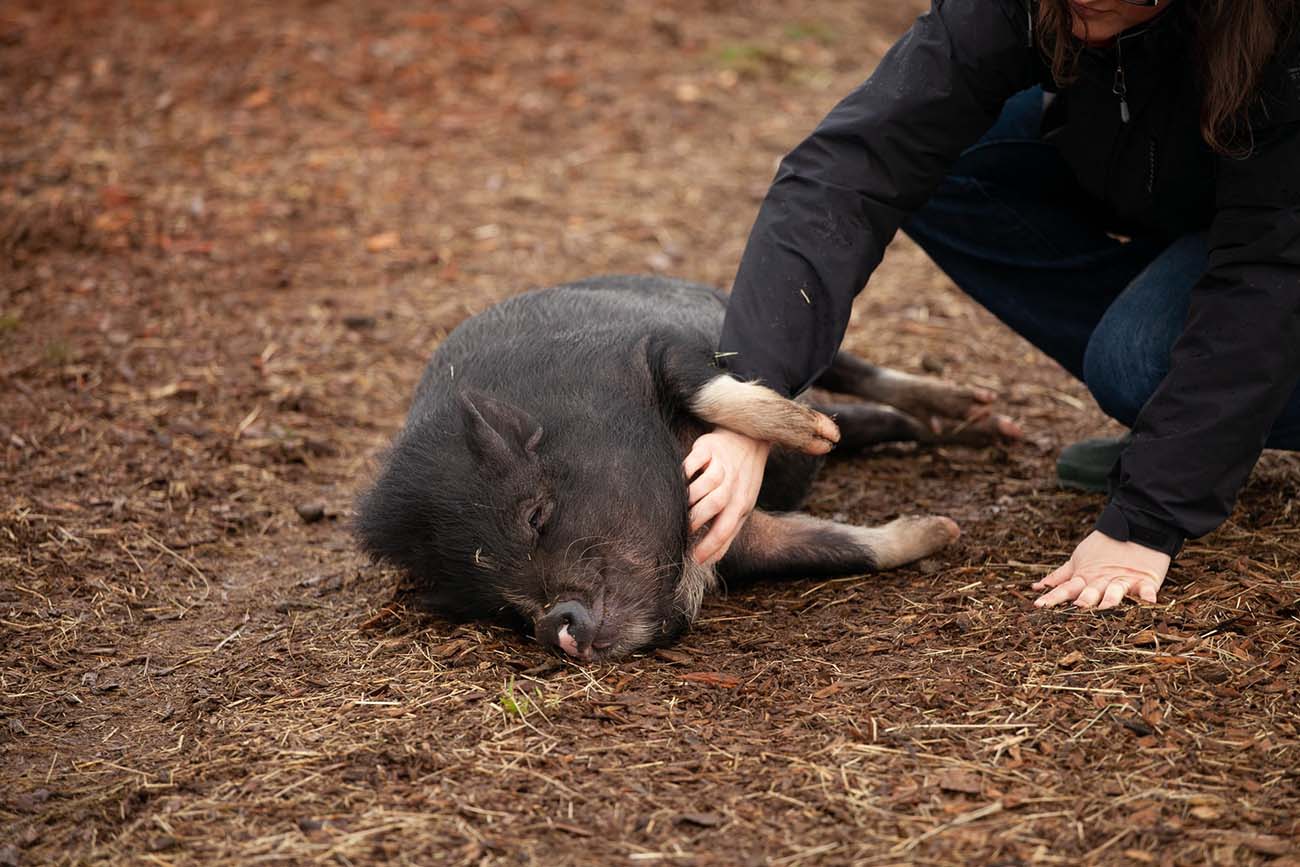 The story is told of an American teenager who visited Denmark for four weeks on a Rotary International summer cultural exchange.  During his last week in the Scandinavian country, he and the host family’s daughter, Jette, got the hots for each other. The super hot hots. In his own words, they “fell in love suddenly and deeply.”

But the American adolescent, who was 17 at the time, had to go back home. And so they parted.

It turned out that this wasn’t just an adolescent fling. Across The Atlantic Ocean, sparks continued to fly. The two wrote each other letters for a year. The following summer, Jette visited him in New Jersey while she was on leave.

And still the sparks flew. They continued to write letters. For another WHOLE year. Jette’s father was not convinced about his daughter’s boyfriend.

To cut a long story short, at some point Jette managed to get her young American boyfriend work on a potato and pig farm in Southern Denmark.

While in Denmark, the young American, desperate to learn the language of his new love, started reading a Danish version of Catcher in the Rye, with a Danish to English Dictionary close at hand. This very laborious method of language acquisition fast tracked him to Danish fluency, enabling him to win Jette’s father over.

That young man was Michael Favala Goldman. Today, over 30 years after they tied the knot, they are still married. Michael, now a poet, still speaks Danish and has become one of the foremost translators of Danish poetry, and fiction, into English.

Thanks to young love, millions of English speakers around the world now have access to some of the best Danish poetry of our time.

Michael has translated work by some of the best-selling and most well-known Danish poets and writers, including Benny Andersen (Denmark’s all-time best-selling poet in over 40 years), Cecil Bødker (one of Denmark’s most prolific and best-loved authors), Marianne Koluda Hansen, Knud Sønderby, Erik Knudsen, Tove Ditlevsen and Suzanne Brøgger.

Where does this all lead us?

About two years ago, Michael started the Poetry Critique Meet-Up at the Northampton Center for the Arts in (Northampton MA). I heard about it last year and, given what I believe about writing groups, I signed up immediately. Here was an opportunity to have five to ten other poets read my work and critique it, all for US$5. No way I was going to let an opportunity like that pass by. That’s how I first met him.

My alter ego, Fungai, launched a website last week, Valley of Writers and today there is an article by Michael with his reflections on the Poetry Critique Meet-Up. I highly recommend the format of the meet-up for poets everywhere. Meet with others. Read. Critique respectfully. Get better. And repeat.

And should you be inspired to learn another language during one of these meet-ups because you have found love, grab a copy of Catcher in the Rye in that language and find a trusty two-language dictionary.

Photo: A pig farm and perhaps a Danish girl |  Ben Mater on Unsplash